Welcome to the consultation website for the proposal to redevelop Boverton House, Chepstow, to deliver 15 new apartments.

Black Box Planning, on behalf of BMJ International Ltd, is intending to apply for planning permission to redevelop Boverton House. The plans include the conversion of Boverton House to provide 6 apartments and for the construction of a new separate apartment building to provide 9 apartments.

In accordance with Section 61Z of the Town and Country Planning Act 1990 we are carrying out pre-application consultation on these proposals. This webpage provides further information on the proposals and the opportunity to provide comment.

This Consultation has now closed 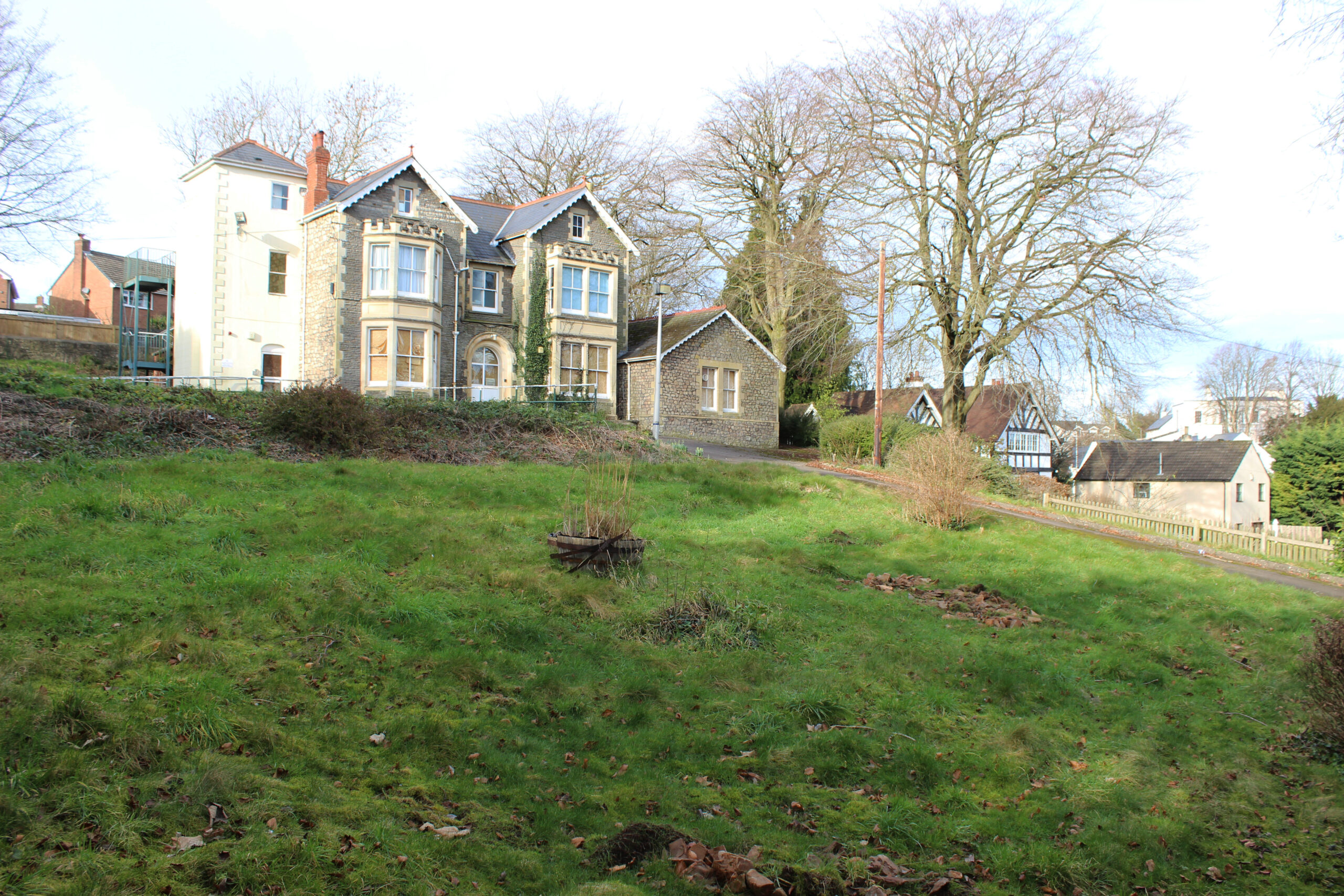 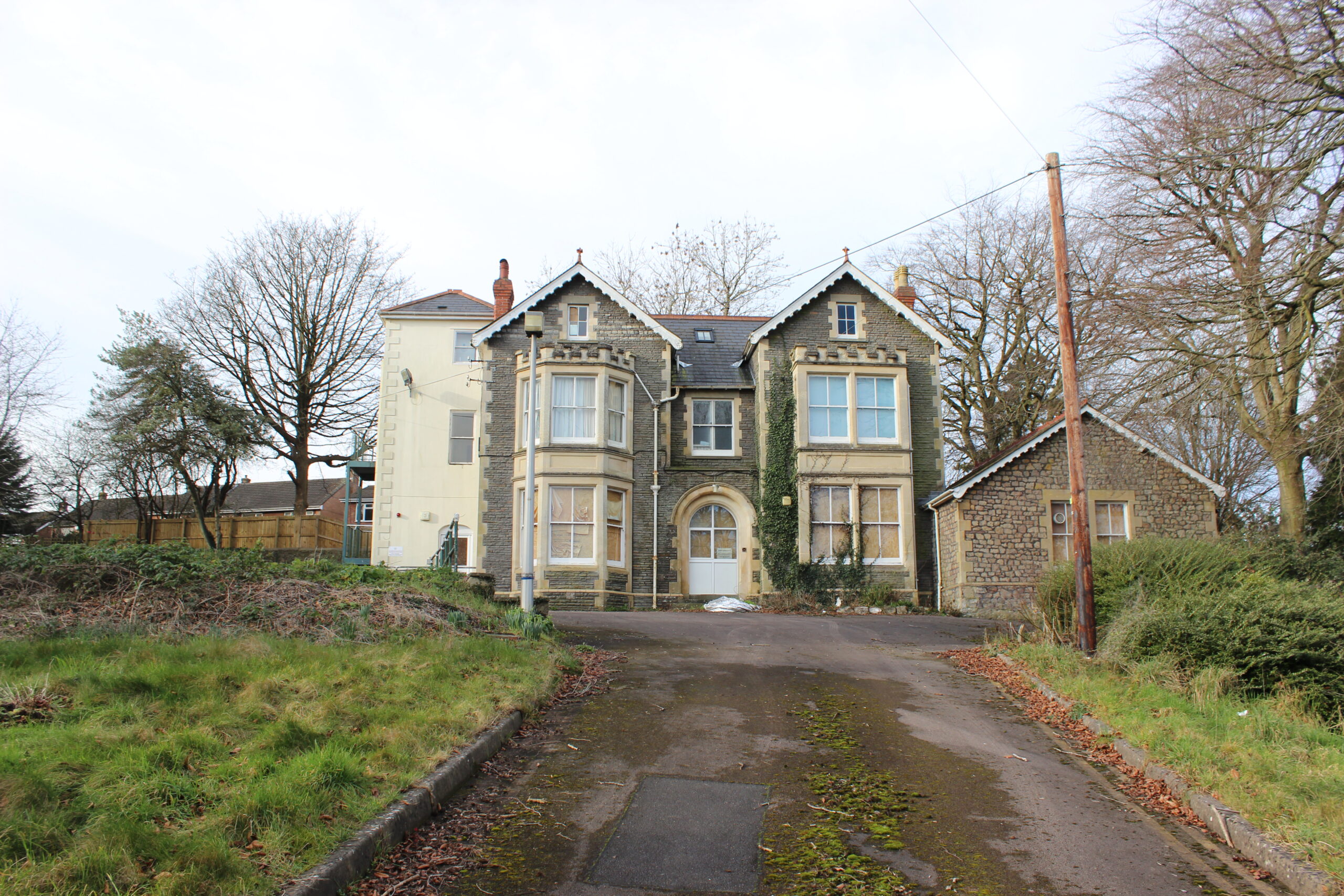 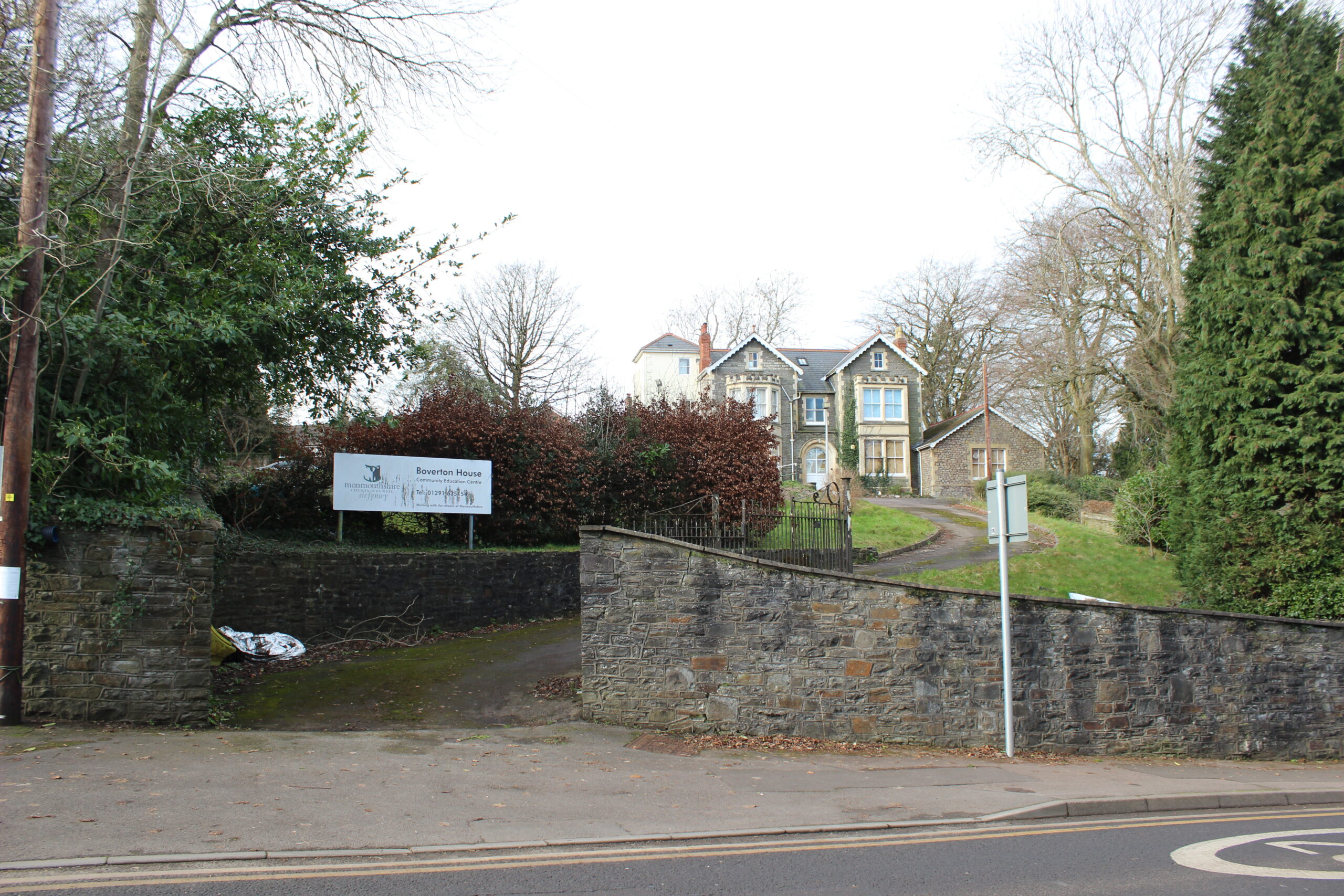 Boverton House is located in the town of Chepstow, within the existing settlement boundary, and is approximately 450m from the town centre. Boverton House was previously owned and used as a day centre by Monmouthshire County Council until 2016.

Boverton House is a detached three storey building, set in grounds measuring approximately 0.35ha, and is located on Bulwark Road, close to the junction with the A48. The building was originally constructed in the late 19th century and is constructed in grey rubble stone and yellow ashlar, with a number of more modern extensions. At the entrance to the site is a stone perimeter wall which provides the boundary to Bulwark Road.

In addition to Boverton House itself, there is currently a substantial car park to the south of the house, the stone perimeter wall to the east to Bulwark Road, and mature vegetation on the northern, southern and western boundaries. The remainder of the site consists of sloped grass and vegetation towards Bulwark Road to the east and to the neighbouring properties to the west.

Boverton House is located within the Chepstow Conservation Area, but is not statutorily listed. 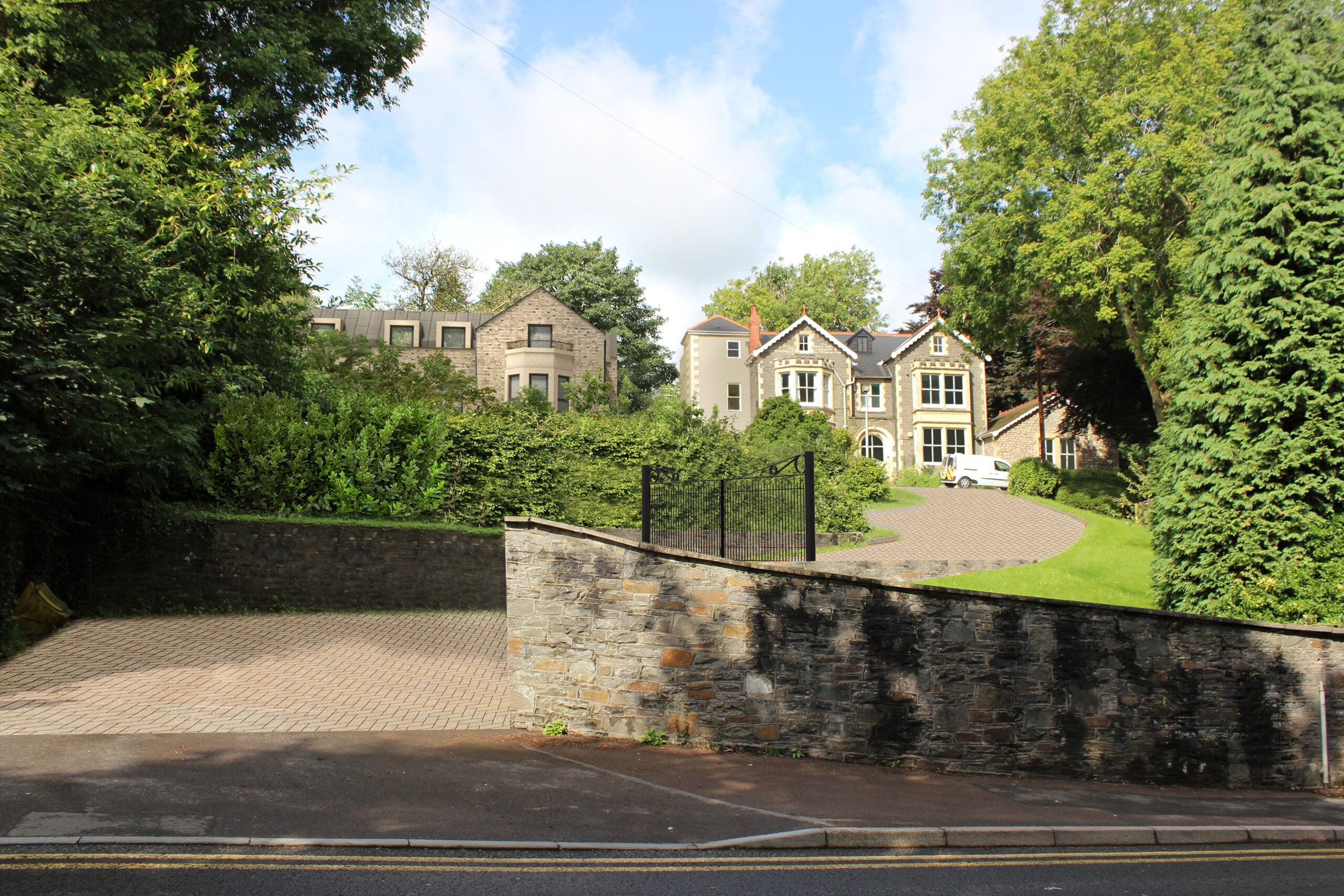 Our proposal consists of the conversion of Boverton House to provide 6 new apartment dwellings. Boverton House will be retained in its current form, with the modern extensions rendered sympathetically. The proposal enables Boverton House to be brought back into use, following a period of disuse since 2016. 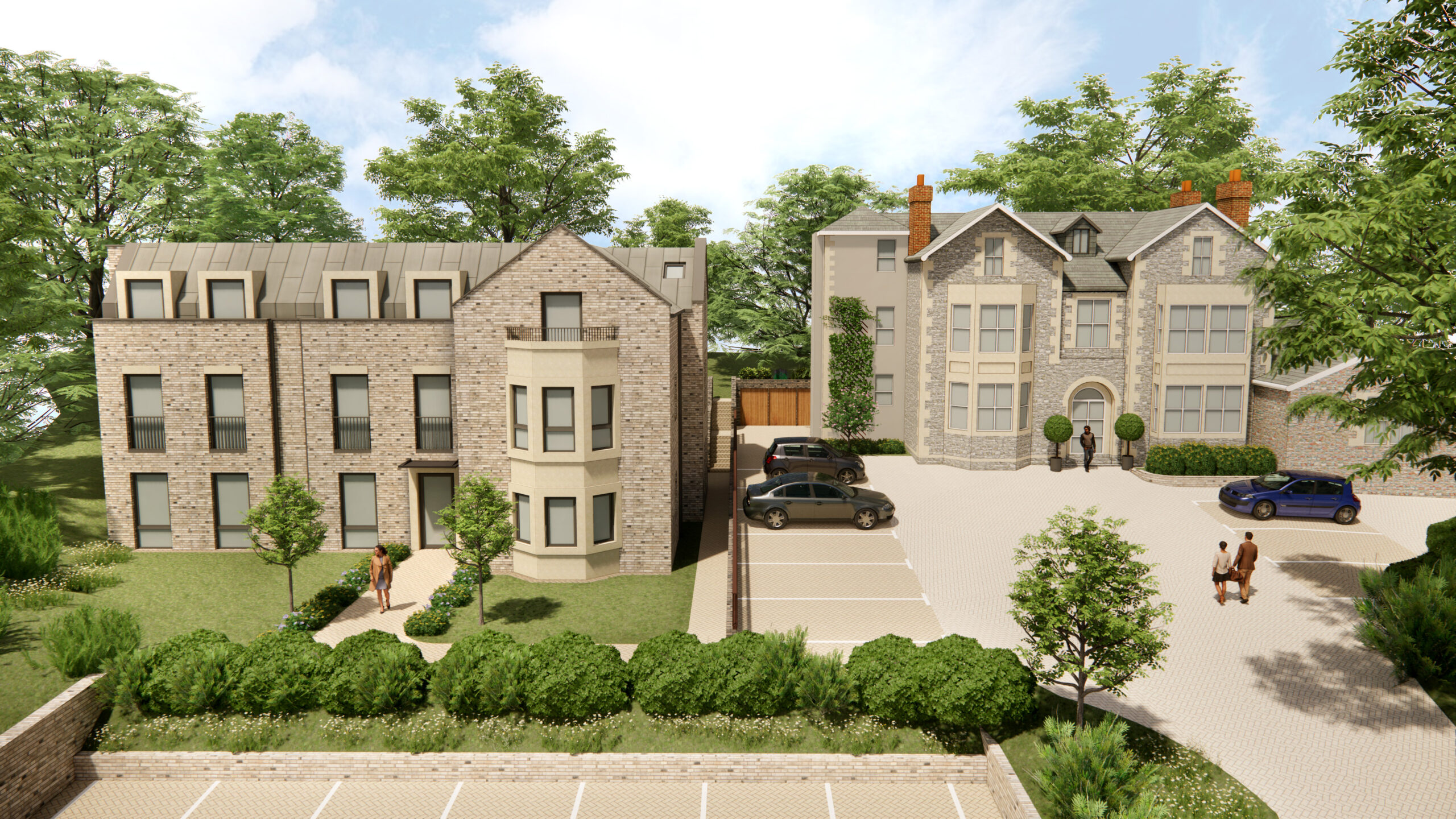 The proposal also includes of the development of a new 9-apartment block on the site of the existing car park, similar in scale to Boverton House and drawing inspiration both from the existing design through the use of pitched roofs, bay windows and gable ends, alongside a sympathetic materials palette.

Detailed proposal documentation can be found at the bottom of the page.

The proposal will include a total of 15 apartments which are currently expected to be made available for rent.

The overall appearance of the driveway will be improved, with a new low level stone wall finishing the altered road, alongside resurfacing and refurbishment of the existing gate.

The proposal also includes provision of 22 car parking spaces allocated to each resident as well as secure cycle storage.

The proposal includes provision of a communal garden area to the rear of Boverton House and the new apartment block.

A landscape scheme will accompany the proposal with a range of additional planting, to strengthen the existing boundary at the access point as well as provide new tree planting within the development.

All existing trees on site are to be retained.

A range of other technical work has informed the layout and will form part of the planning application, such work comprises:
• A full set of architectural drawings
• Drainage assessment and strategy;
• Tree survey and impact assessment;
• Ecology survey and assessment; and
• Swept path analysis

We are keen to hear your views on these proposals. Please provide any comments you may have in the form below. All comments must be received by 18 April 2022.

This Consultation has now closed

We will review the feedback received which will inform the development of the scheme. Once the consultation has completed, we will consider any updates to the proposal before submitting our planning application to Monmouthshire County Council.

If you have any further queries regarding the proposals, please do not hesitate to contact us at info@blackboxplanning.co.uk 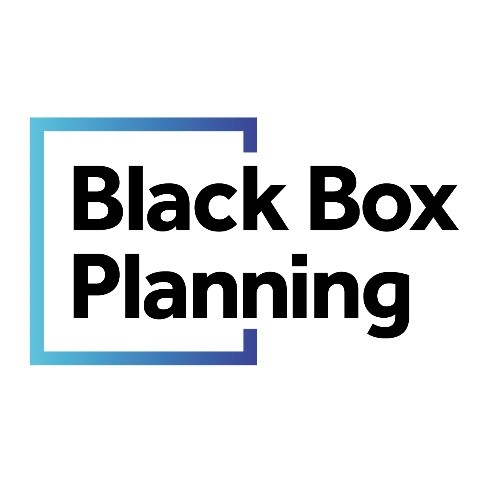 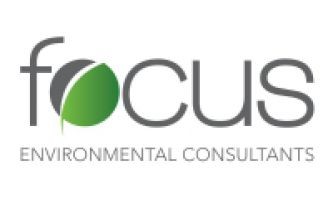